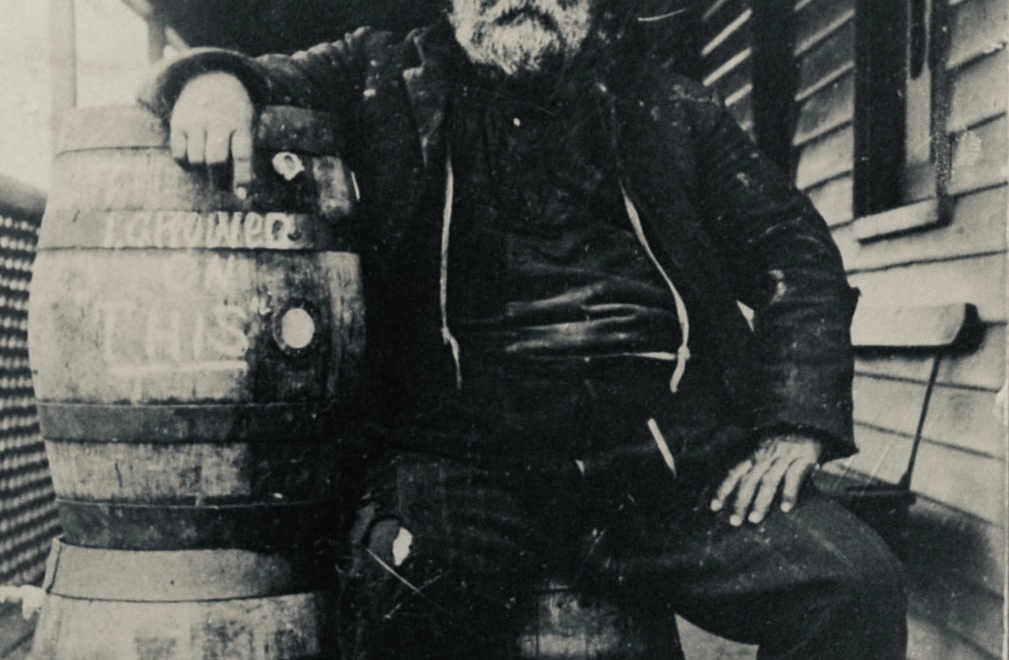 They say that every picture tells a thousand stories. This wonderful photo of Richard STANDING (1856-1923) with his (at least) three kegs certainly tells a few stories about a real character. It also raises a few questions at the same time.

First and foremost – Richard Standing was a BIG man. Just what was in those kegs that made him “growed on” so successfully? Whisky? Rum? Home brew? Also:

If you have any answers to these questions please put them into the comments box below. Let’s solve the mystery of Richard’s kegs.

Richard Standing was born on 27 May 1856 at Singleton, New South Wales. His father was Henry Standen, a convict who had been found guilty of “House-breaking” and sentenced to death at the Sussex Summer Assizes in 1832. That sentence was commuted to transportation for the term of Henry’s natural life.

Richards mother was Susan TRUNLEY. The six year old Susan arrived in the colony from Dublin in 1832 as an immigrant with her family. Richard’s oldest brother was my 2 x great grandfather George Standing.

Richard married Anna Babette Burgmann in 1876. The couple lived in the Singleton area. Richard Standing died at his home at Jerrys Plains near Singleton on 25 August 1923.

FOUND DEAD. Richard Standing, of Jerry’s Plains, was found dead at his residence. Deceased was 68 years of age, and of large physique, weighing over 20 stone. He had recently been a victim to influenza. He leaves a wife and ten children. An inquest was held, and a finding returned that death was due to heart failure.