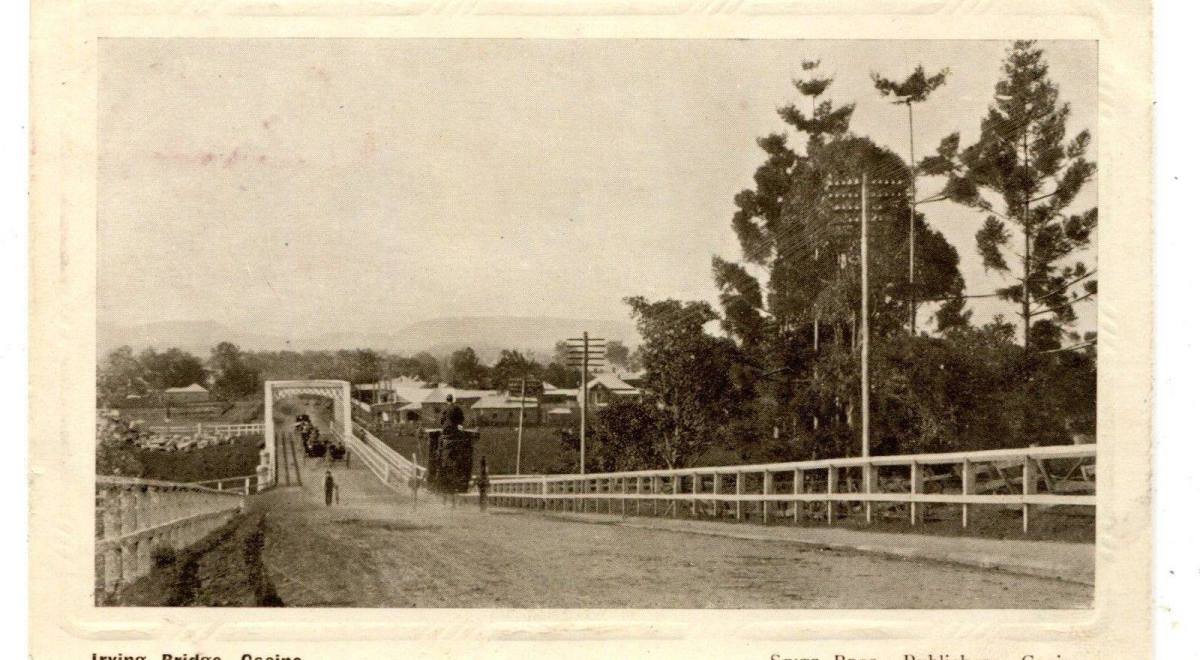 In this week’s prompt for Sepia Saturday Nature is being controlled and used by man. A river or waterway in ‘the old world’ is flowing through a city in a series of canals and locks. The canal is lined with thick walls, quays and buildings with elaborate facades. The neatness of the scene gives the impression of order and prosperity.

However, in early twentieth century Australia, particularly in rural areas, nature was still very much in charge. Floods, droughts and bushfires, as well as a lack of infrastructure, hampered development. This quickly changed as populations grew, and modern communication and transportation links were needed. My sepia photographs of early bridges that my great grandfather helped to build, some appearing out of sub-tropical rainforest, reflect this difference between the ‘old’ world and the ‘new’.

My great grandfather, Herbert John HARRIS [1881-1977] was one of the many men and women who spent a significant part of his working life building some of the many bridges of the far north coast of New South Wales, Australia. The Northern Star printed an article about his life on the occasion of his 91st birthday in 1972.

…he became a carpenter with James Stewart at the Byron Bay Jetty which had recently been demolished. He then joined the late W. F. Oakes, a Lismore bridge builder, and worked on the Goolmangar, Casino and Nashua bridges.

Mr Harris then joined Terania Shire Council and worked as a bridge builder at Blakebrook when two new bridges were under constructed at The Channon and Terania Creek (near Mr Towns’ home).

At the outset of Word War 11 he transferred to the Department of Main Roads as a leading bridge carpenter and worked with the Allied Works Council on several bridges in Queensland.

Of course nature is not easily subdued….The two photos below are of the Irving Bridge, Casino being washed away during major flooding of the Richmond River in 1954. As a family historian. I wish I knew my great grandfather’s reaction to the news of this destruction.