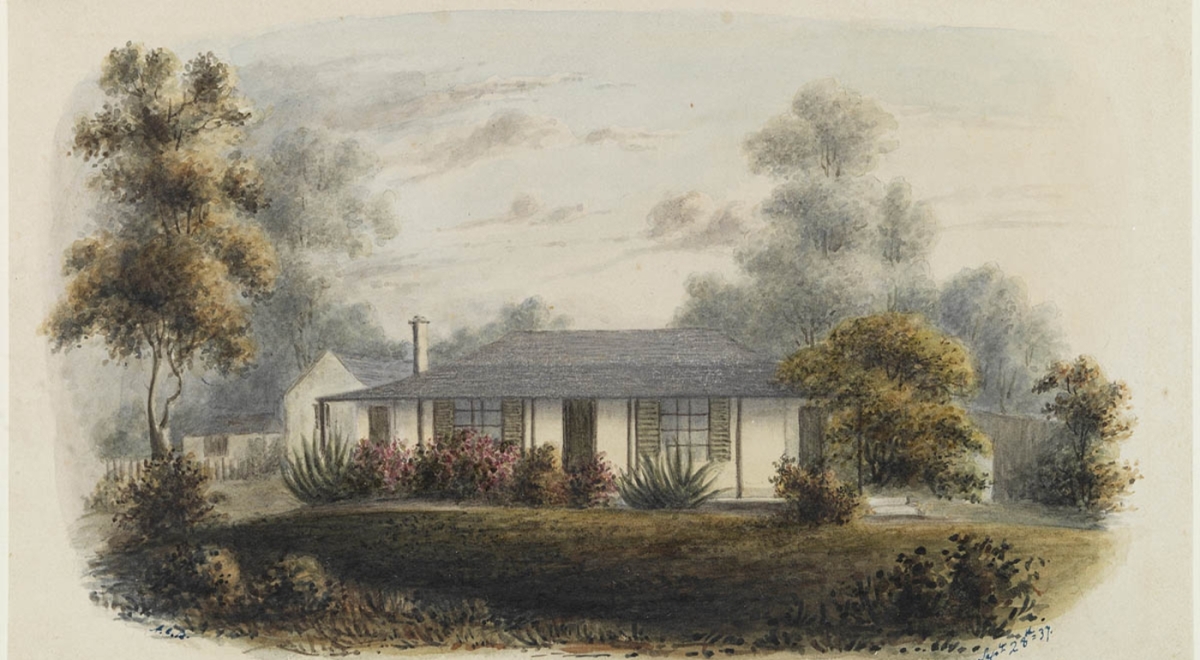 For most people a passport is a ticket to adventure, to holidays and trips far from home. To John Knight, one of my maternal 3 x great grandfathers, his Ticket of Leave Passport was another step on the long road to freedom.

This passport allowed the unemployed agricultural labourer to travel distances in the vast, partially unexplored colony of New South Wales. These distances were roughly equivalent to travel from John’s native Pilton in Somerset England to places in Denmark or to Frankfurt in Germany. For men and women like John, this type of passport meant adventure in an new, freer world.

John was 31 when he was found guilty of ‘house breaking’ at the Somerset Lammas Assizes on 6 August 1836. A report in the Bristol Mercury states that John, along with a Samuel Rutley, had broken into Thomas Sturgess ‘s shop in Chapel Allerton and ‘stole various items’. The men were sentenced to fourteeen years transportation to New South Wales. [1]

Transportation was a devastating, often brutal punishment. Convicts were taken from everyone and everything that they had ever known to face unknown futures in an unknown land. Convicts rarely saw their families and loved ones again. This sentence would have been especially difficult for John Knight as he was married at the time of conviction.

John arrived in Sydney on the convict ship Norfolk on 12 February 1837. [2] He never saw his wife Charlotte or his family again. Shortly after arrival John was assigned as a servant to brothers Robert and Helenus Scott of Glendon, a property in the Hunter region. Convict Indents show that John was a labourer at the time of his conviction and it is highly likely that he continued as a labourer at Glendon.[3]

One of John Knight’s first steps towards freedom occurred in 1844 when he received a Ticket of Leave (ToL). [4] This was awarded on the condition that he remained in the Patrick’s Plains (Singleton) police district.[ 5]

The next step on John’s journey back to freedom occurred on 9 August 1847 when he was issued a Ticket of Leave Passport . This enabled him to move outside the formerly restricted Singleton area.

It was issued because Helenus Scott needed John to work outside of the Singleton district. Scott was a magistrate traveling between districts at this time. As the work would take him away from Singleton for longer than a fortnight, the Superintendent of Convicts had to give permission, rather than a Justice of the Peace. The conditions of the passport stated that John was

Allowed to travel between Patricks Plains the Barwon and Richmond River in the services of Helenus Scott Esq. for 12 mths. [6]

The information found on these passports provides a wealth of information about the convict, making it easier for any family historian to verify names, dates and details. This record contains the registered number; name of holder; ship and year of arrival; place and date of trial; sentence; ticket of leave number; what the holder was allowed to do (ie in John’s case to travel in the service of Helenus Scott); by whom recommended and the date of recommendation.

Life after the passport

As John was a previously married convict , he could have remarried after seven years in the colony – 1844. Convicts were permitted to remarry after that period as long as their spouse was abroad, even if they were still living. [7] instead, John didn’t marry until 1850 when he married Amelia Head, the eldest daughter of Henry Head and the named and shamed Elizabeth Wright. [8] By this time he was a free man. We will never know if John waited because he held hopes of returning to England and Charlotte.

John and Amelia had three daughters before John died in 1855, only seven years from the time he was given the Ticket of Leave Passport. John named his eldest daughter Sarah. it is highly likely that he named her after Sarah Anne Knight, his daughter with Charlotte.[9]

john’s place on my family tree can be seen below. Edith E. Standing (left) is my maternal grandmother. John Knight (right column) is her great grandfather.

In 1905 Thomas Threadgate, one of John’s son-in-laws wrote

John Knight was one of many convicts who supposedly came from wealthy, often noble backgrounds. Vast sums of money were to be found ‘in Chancery’. This myth was quite common, particularly in the early 1900s and peaked in the depression years. John Knight was an agricultural labourer. There was never any money in Chancery – unfortunately.

4 thoughts on “John Knight’s Passport: Another step towards freedom” Leave a comment ›